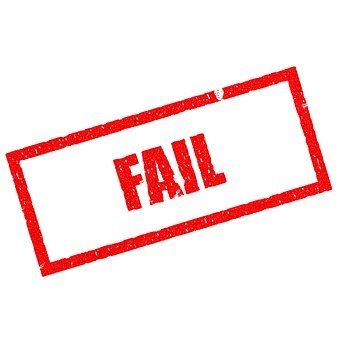 It’s a common occurrence at a large corporation for employees to give notice before taking leave. But what happens when an employee disappears without leave? How long would it take to be able to officially dismiss the employee? And how long would you wait – two weeks? One month? Six months?

Let’s go for twenty months instead!

This was the question highlighted in a recent case of Brighton & Sussex University Hospitals NHS Trust v Akinwunmi & Ors UKEAT_0345_16_BA.

Akinwunmi was employed as a neurosurgeon consultant within the hospital. His relations with other colleagues were extremely poor, and as a result of this, Akinwunmi took an unpaid employment break between November 2012 and February 2013.

Akinwunmi understandably was reluctant to return to his workplace, given the toxic environment he was required to endure. He appealed the length of his employment break and requested six months leave. When his request was outrightly refused, Akinwunmi alleged discrimination against the hospital. The discrimination allegations did not proceed or resolve, so Akinwunmi simply decided not to return to his employment. He was finally dismissed for unauthorised absence in November 2014.

NHS trust did initiate reports and investigations in regards to the situation; however, no communication was ever presented or shared with Akinwunmi. An example of this was a report on his unauthorised absence, which was dated January 2014. This report was not provided to Akinwunmi until May, despite including a massive 713 paragraphs and over 137 pages in investigation of the issue at hand.

Not surprisingly, the Trust concluded the dismissal was fair due to the twenty months of absence that was not approved. Akinwunmi, in return, argued that the employer failed to engage with him in order to initiate his return to work and that the dismissal is of unfair nature, as they failed to take into consideration his reasoning for not returning to his place of employment. The reasons provided included demonstrated adverse effects of colleagues’ behaviours against him, which resulted in adverse implications on not only his personal health, wellbeing, and safety but those of his patients also.

The Tribunal accepted the employer’s argument that genuinely believed Akinwunmis’ absence was misconduct, and that it held reasonable grounds for the belief. The question at hand was whether dismissal was a reasonable response. The Tribunal found it was not, and therefore classified it as an unfair dismissal. It was the employer’s duty to manage department relationships and make suitable arrangements for Akinwunmi to return to his workplace. As they failed to make such arrangements, it was found reasonable that Akinwunmi refused to come back until the issues in concern were resolved.

On Appeal of the matter, the EAT agreed with the Tribunal’s findings. The Judge issued a statement in the hearing “Once he appreciated, from the vantage point of his historic mode of transport, that there was more (considerably more) to the history than the bald fact of a dismissal for 20 months’ unauthorised absence, and once he appreciated what that “more” was, any sense of amazement or outrage at the ET’s decision would vanish.”

When unauthorized absences can be considered as acts of serious misconduct, this case is a wake-up call for employers. It is essential to question and investigate the reasoning behind any absence. If the reasoning is work-related, the employer is required to address the issues. If the employer fails to take adequate steps to resolve concerns, they can ultimately face a similar situation to this case.