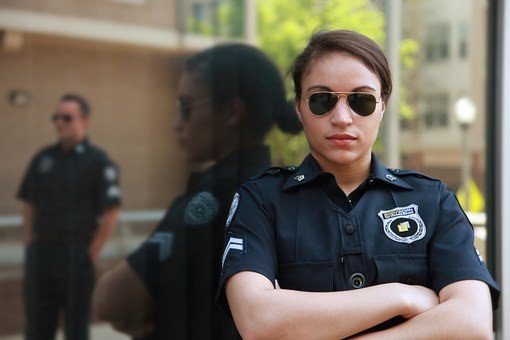 Recent court cases have enlightened the public about their important wage and hour rights — from exotic dancers to home health workers to NFL cheerleaders, all seeking damages and Fair Labor Standards Act (FLSA) claims in the court. On the most recent court agenda, a hip-hop producer’s bodyguard pursued legal action within the court, alleging unpaid wages.

A recent ruling in the 11th Circuit Court of Appeals (Quarles v. Hamler) upheld a ruling made in the lower court in the bodyguards’ favor, leaving the bodyguard standing strong in a legal context. The 11th Circuit concluded that the guard’s employment situation clearly met the economic dependence standards specified within the FLSA for qualifying as an employee under the statute.

The employer, Garrett Hamler, is better known as Sean Garrett, which is his stage name. Garrett Hamler is a successful producer and writer of R&B and hip-hop music and has previously worked alongside some of the industry’s top stars, including Britney Spears, Beyonce, and Usher.

Not unlike many famous music personalities, Hamler preferred to keep a close-knit security detail for personal safety. In 2010, one of Hamler’s bodyguards sued for violation of the FLSA law. Miss Everitte Quarles had previously worked for Hamler for five years and lodged allegations that the award-winning producer owed thousands in unpaid overtime wages. A jury panel sided with the bodyguard, awarding in excess of $65,000 to cover attorney fees and liquidated damages.

The employer attempted to lodge an appeal but failed. The employer specifically attacked the decision in the lower court and contested the determination that the bodyguard was even an employee eligible for FLSA rights. He also contested the courts award of liquidated damages and attorney fees.

The 11th Circuit court upheld the trial court decision in full. When lodging an FLSA appeal in aspect of trial court conclusions, there are specific procedural steps that must be undertaken. To appeal, a Notice of Appeal must be filed within the appropriate appeals court, and all sections of court ruling that you wish to appeal must be concisely specified.

Hamler’s trial was held in the Atlanta federal court, hence the 11th Circuit was the appropriate adjoining appeals court. However, the employer only lodged in his appeal that he was contesting the order of the court awarding liquidated damages.

If you fail to provide adequate notice of your intention to appeal specific sections of lower court proceedings, the appeal court lacks relevant and required subject matter jurisdiction to even have the capacity to be able to consider the argument.

In this specific case, the 11th Circuit indicated the employer likely would have lost the arguments anyway. When qualifying as an employee eligible for FLSA protection, employees must show the nature of relationships with employers to be of economic dependence. The court directs attention on whether an individual operates business for himself or is dependent on finding employment within the business of others when determining economic dependence. Quarles had ample evidence in support of court claims lodged showing dependency on Hamler. He also provided evidence to the courts that Hamler had prohibited him from being able to guard anyone else, and Hamler was obligated to guard Quarles at all times that the producer either worked or travelled.

The trial court, however, found Quarles’ testimony on the topic less than credible, which resulted in losing the case. Trial courts have wide discretion in being able to assess whether to include testimony based on believability, and the trial court was free to disbelieve the producer and make findings of Quarles not acting in good faith.